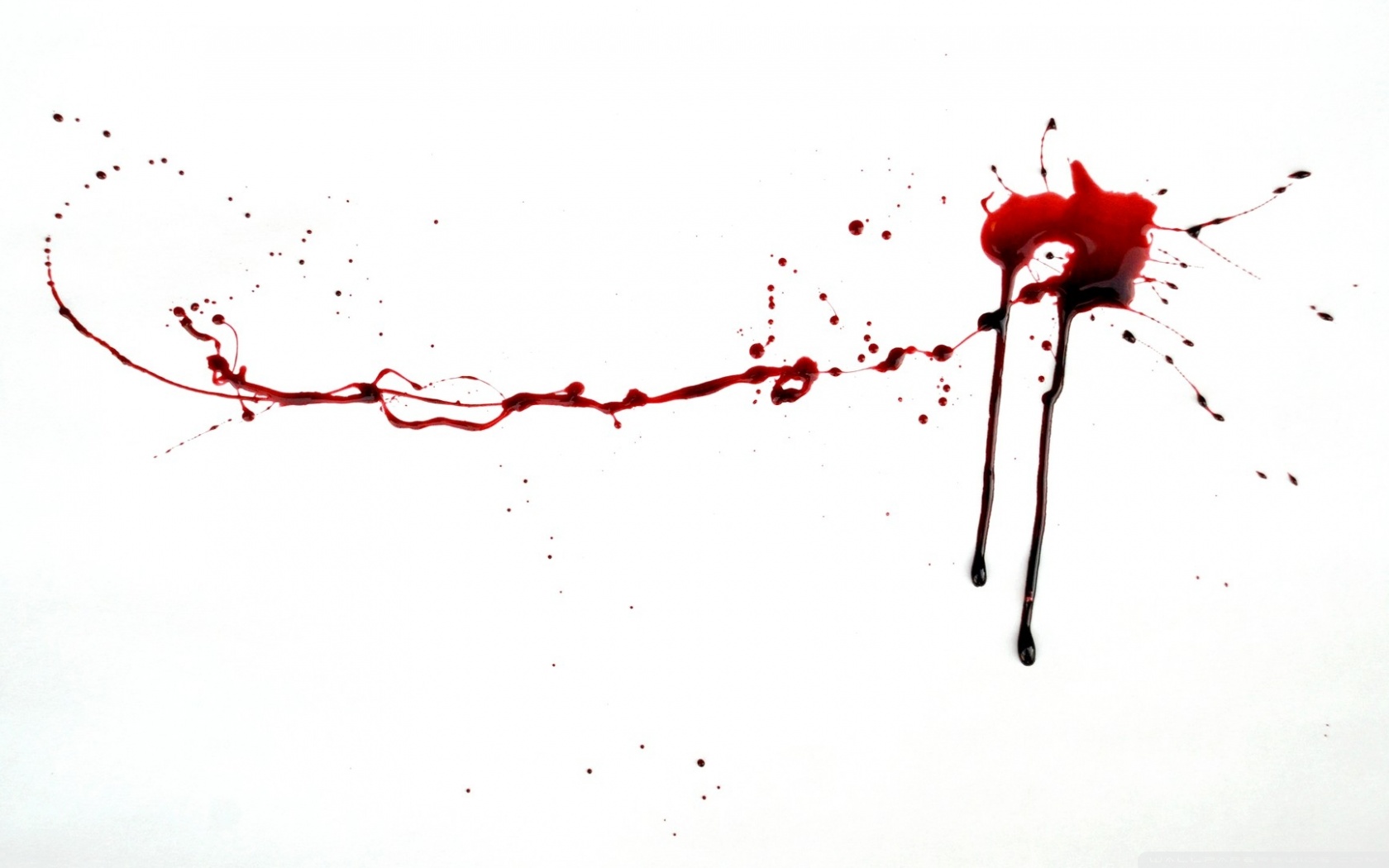 It was an ordinary morning. I opened my eyes and saw the bright light ray strips on the ceiling as they were penetrating the window blinds. I felt good. I stretched my body and pushed away the blanket.

It was a pleasant sunny morning. The wind was steadily blowing against the leaves of the plants on the window sill. I sipped a bit of water from a glass steadily sitting on the bed table by my right hand.

I switched on my cell phone to check for any messages or missed calls. I always switched my phone off when going to sleep. Usually nothing important happened during the night and I could call or text the people back in the morning anyway. There was no news.

I had a bit of a heated conversation with my girlfriend the day before, nothing serious though. Nevertheless, I didn’t know whether to be happy or worried about not receiving any message from her. She usually did write to me when the ‘heat’ was gone.

Anyway, as I said, it wasn’t anything serious. I bent myself over and put the phone back. I was sitting at the side of the bed and the only sound I could hear apart from the plant leaves fluttering in the wind was the sweep hand, gently ticking into the damp apartment air.

I yawned, rubbed my eyes and stood up. I had a lot to do, but I was determined not to give way to stressful thoughts, which were always only making things harder anyway. Breakfast was to come first, and only then would I think about what to do next.

I didn’t have to put on anything more than I was wearing, it was pleasantly warm and I did OK with my favorite checkered shorts and a white t-shirt. A sip of water wasn’t enough so I’ve gone to the kitchen, picked up a plum while passing the fridge, put a glass pitcher down from the shelf and began pouring water inside.

I was eating the plum until the pitcher was filled with water. I spit the stone into the trashcan under the counter and poured myself a glass of pure water. I drank it instantly and poured another one. I couldn’t get enough of the taste of pure, cold water running down my throat in a steady stream.

I put the empty glass down, went back to the bedroom and opened the window blinds. It was nice outside. I had a lot of work to do that day, but I kept making up reasons why I should go, if only for a while, out into the fresh air. Maybe a trip to the library will do?

I went back to the kitchen and was on my way to the bathroom to wash my face a little. On the way I hit the glass pitcher with my right elbow, because I left it too close to the counter edge. As I was walking pretty fast, I slipped a little, and after trying to save the pitcher while trying to remain standing, I ultimately lost my balance.

Unfortunately, the pitcher hit the tile floor sooner than I did, shattering into pieces. Shortly after, I found myself lying on the floor with my hands stretched forward, and with sharp, deep pain in my stomach. After a few seconds, I gathered enough courage to bend and kneel, and to look at my abdomen. I saw some blood-covered shards of glass on the floor, and of course my white shirt had a blood stain on it as well.

A little while later it stopped to hurt as bad so I stood up. I felt a bit weak so I helped myself by walking along the counter. I went to the bathroom to wash myself. Only when I stood in front of the mirror did I realize what damage had been done to my body by the glass.

I touched the wound and wheezed out hard. Blood spouted out of my stomach in little bursts and an unbelievably strong strike of pain ran through my whole torso. I didn’t feel anything even close to that before in my life. Spurts of blood were hitting the laver. My own blood! I never saw this amount of my own blood outside of my body.

I knew things went wrong and it was no minor cut. No further delays would be tolerated. I had to call myself an ambulance as fast as I could. I tried to turn around, but after another strike of sharp pain, reaching even halfway down my legs this time, I felt half-blinded, and my attempt failed. I collapsed and nearly hit the floor again. I was firmly grasping the bath edge. There was blood on my hands, and not only there – there was a lot of it everywhere around. I felt like a freshly opened can of tomatoes.

Breathing was getting harder with every minute. Every move made me feel the glass on the inside of my stomach. I wasn’t able to gather enough strength or balance to stand up. I slowly began to realize that I cut myself really, really bad.

I quickly dismissed my amateurish attempt to pull the glass out of the wound. More blood, more pain and more fear were the only result. I was split open, nothing more, nothing less.

I had no landline in the flat, so my only chance was to reach the cell phone by the bedside. Suddenly, a quick idea crossed my mind. I tried to cry for help. I found out that it’s not even feasible in my situation when the sound got doused in a grunt, and a squirt of warm blood was ejected from through my neck out of my mouth.

I felt sick and weak. The phone was my only chance, I knew it. So I gathered all the strength that was still left in me and tried to crawl towards the door. I moaned and grunted every other foot of distance, while blood was consuming the once-white t-shirt like a red dye.

A quick thought came to me when I reached the door frame, barely breathing, and barely conscious. What if I die here? What if I simply run out of juice? I tried not to think about it and focused on pushing myself forward.

I was thinking about how people around me would take my death. Would I be missed by my friends? Would I be irreplaceable for them, and would they mention me in years to come as “the one we greatly miss every other day”, or would they forget me as if nothing happened?

Or is death permanent in the minds of all? I tried to imagine finding a friend bled to death, and to imagine what would I think, what my feelings would be. All I saw however, was blank. I couldn’t.

It’s something no one expects. And yet it’s so simple to end your life by a stupid accident.

I was already halfway through the kitchen when I stopped for a while to catch my breath. I bent over my side and looked back. The white tiling was covered in blood, spread over it by my clothes. My shorts were heavy, and almost black. I figure it wasn’t a very pleasant sight if someone found me like that.

I felt I was scraping the bottom of the barrel and the life that was still left in me was slowly flowing down on the floor. I couldn’t give up though. I pushed my legs against the base of the counter, heading towards the living room.

The bitter words me and my girlfriend were exchanging the evening before were flooding my mind. I couldn’t get them out. The less I perceived my surroundings the more I thought about her.

All the troubles I had to face in the few past days seemed incredibly trivial. What are a few words standing against lifetime? I repented the things I said to her many times since yesterday, but what about it if she doesn’t learn? What if I will be remembered as an asshole in her eyes, only because of a single, badly timed, heated conversation?

I was sick. I was lying on the boundary between the kitchen and the living room and didn’t feel most of the right side of my body. I rolled over and lay on my back. I tried to push my elbows against the floor, but collapsed again. I couldn’t get myself to move anymore.

I heard the shattered glass screeching as I was panting. I touched my stomach with my right hand. I never thought I would be faced with the same scene I saw that many times in the movies. I put the arm behind my head and rested it on the floor.

Will they miss me? Will the people I love miss my life in theirs? Am I a puzzle piece of their picture, or am I just a spectator?

My friends are great. Perhaps, there will be one fewer of them. No big deal. My girlfriend will burn my photos, maybe cry through a night or two, then find another man and tell him that once she had me, and although he feels sorry for me, he’s even better. And they will be happy. Everyone will be.

This thought felt like a nail into my head.

Everything seemed so trivial in this light. So vane. I was beginning to believe that I’m not going to reach the phone, let alone call myself an ambulance. Is this how it should all end?

I looked back, and tried to remember all the good things in my life. My great friends, who were always happy to give me a helping hand in need. My calm and steady everyday life, which made me enjoy that I’m alive. And my girlfriend, who was the one I did it all for. But everything was overcast by a shadow now.

I felt warm blood getting into my mouth and I tried something so distant from life – to stay alive. If only did we not argue the day before. The thought of not reconciling with her properly, and not leaving each other in love, was killing me more than the glass was.

I felt sorry that it has to end like this. Maybe…maybe it just had to be this way. Maybe I just have to go and let them all live their lives without me. My eyes filled with tears after this thought.

Everything was very faint and distant. I felt like falling asleep in a warm bath. It didn’t hurt. I just kept lying on my back, looking around my apartment.

The last thing I remember were a few subsequent beeps of my cell phone, indicating a received text message…